Jerry Sorlucco was a commercial airline captain for nearly forty years, until federal regulations forced him to retire at age 60 in 1997. During his career, he served in various capacities as a representative of the Airline Pilots Association and as a check airman. A serious history student and prolific reader, he was drawn to public service after retirement, serves as a director on several community boards, and as a leader of the Democratic Party in the North Country of New Hampshire. In a heavily Republican district, he ran unsuccessfully for the state Senate in 2002 and 2004, and as this is published is a candidate for the NH House in 2006. His platform is that of a social progressive and fiscal conservative. He believes government should meet its responsibilities and pay its bills.

His memoir, A Good Stick, also published by AuthorHouse, tells the story of his life and career framed in the historical context of the wider world surrounding his personal journey. Jerry, his wife Sue, Airedales Spencer and Tracy, and Bengal kitties Tiger and Lilly live in Littleton, New Hampshire. 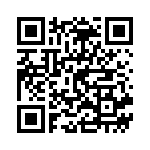