115. lappuse
Edward R. Johnston , of Illinois , a member of the Committee on Commerce , presented the report of that committee for the Chairman , Harold J. Gallagher , of New York . Recommendation 1 , which was concurred in by the Section of ...
157. lappuse
William W. Evans , of New Jersey , Chairman of the Committee on State Legislation , presented an oral report as to the action taken by the various State Legislatures at their 1949 sessions with regard to uniform acts .
164. lappuse
Stanley H. McCuaig , of Canada , Marc André Gonin , of France , and Lord Morton of Henryton , of England , were presented honorary memberships in the American Bar Association . M. Marc André Gonin spoke briefly to the Assembly of the ... 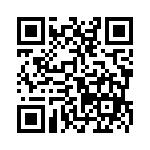