Peter B. Frank recently retired as executive vice president of Daymon Worldwide Inc., in Stamford Connecticut, which he joined after retiring from PricewaterhouseCoopers LLP, PwC. As a partner in PwC, he served as a member of global leadership and as its Global Risk Management Partner. Prior to the Merger with Coopers & Lybrand, Mr. Frank was a Vice Chairman of Price Waterhouse. Mr. Frank spent the bulk of his professional career leading the Price Waterhouse dispute analysis, bankruptcy, and business turnaround practice. He served on that firm' Policy Board (Board of Directors) and its Management Committee. For more than 30 years, Mr. Frank acted as a management consultant and expert witness for litigation, government, and industrial clients.
Mr. Frank is a retired Certified Public Accountant. he chaired the AICPA Subcommittee on Litigation Services (1990-1994) and served on the Management Advisory Services (MAS) Executive Committee (1989-1994) and the Professional Ethics Executive Committee (1995-1996) of the AICPA.
Mr.Frank's consulting expertise has been applied to engagement involving analyses of economic, liability, and the damages issues in connection with expert testimony. He was consultant to the Christopher Commission's study of the Los Angeles Police Department and the Alleged Excessive use of force and also acted as special consultant for the Los Angeles Police Commission study (the Webster Commission), organized to assess the city agencies' response following the riots in Los Angeles.
Mr. Frank received his BS in Economics from the University of Pennsylvania. He obtained his MS in Accounting from the Wharton School of the University of Pennsylvania., graduating at the top of his class in both programs.
Mr. Frank has coauthored, in addition to this text, Bernacchi on Computer Law: A Gide to the Legal and Management Aspects of Computer technology (Little, Brown, 1986; Annual Suppl. 1989-1999) and AICPA Consulting Services Practice Aid 93-4: Providing Litigation Services (with Michael J. Wagner), 1993. He is a contributing author to the American Bar Association publication Punitive Damages and Business Torts: A Practitioner's Handbook (1998) and Financial Valuation: Businesses and Business Interests, edited by James H. Zukin (Maxwell Macmillan, 1990).

Christian W. Hughes, CPA, CMA, CFA, CFE, is a partner in PricewaterhouseCoopers LLP in its Boston office. As Northeast Regional Advisory leader, he is responsible for eh operations of the firm's consulting practices in New England and upstate New York. He is an elected member of the firm's U.S. Board of Partne3rs and Principals and sits on three of its committees, including the Human Resources Committee, which he chairs. he has previously held responsibility for the firm's Dispute Analysis and Investigations practice on the U.S. East Coast.
Mr. Hughes has been associated with PricewaterhouseCoopers 9including one of its predecessors, Coopers & Lybrand) since 1989, becoming a partner in 1992. From that time through the present, he has practiced in the areas of dispute analysis, expert testimony, fraud investigation, merger and acquisitions, bankruptcy, and insurance claims,, as well as providing consulting assistance to the firm's audit practice. He has testified in state and federal courts, before arbitration panels, and in public oversight and regulatory matters on approximately 30 occasions and at deposition or by expert report in another 30. He has additionally participaters involving reporting fraud, investor deception, employee misconduct, and similar matters.
He has also acted in support of disputants or as neutral arbitrator in a large number of postmerger purchase price adjustment disputes and assisted in the preparation, analysis and settlement of over two billion dollars worth of property and business interruption insurance claims across a diverse range of industries and event types.
Mr. Hughes earned a BSB in accounting at Babson College. He is a member of numerous professional organizations.

Michael J. Wagner earned his undergraduate degree in engineering from the University of Santa Clara in 1969, his MBA from the University of California at Los Angeles in 1971, and his JD from Loyola University at Los Angeles in 1975. He is a licensed attorney and CPA in the sate of California.
A senior advisor at CRA International in their Palo Alto office, Mr. Wagner is the author of over 25 other publications dealing with the litigation services field. He has participated as an expert or consultant in more than 400 litigations and has testified over 97 times in court and over 229 times in deposition. His primary areas businesses. He has also testified a number of times on the subject of alter ego.
Mr. Wagner has testified 27 times in alternative dispute resolution forums and has acted as an arbitrator in a number of commercial arbitrations based on his extensive business consulting experience and his legal training. He was an arbitrator for the American Arbitration Association. He has served on the Litigation Services Committee, the Litigation Services Conferences Steering Committee, the MAS Practice Standards Committee, and the Business Valuation Standards Task Force for the AICPA. He is also a member of numerous professional organization.
Mr. Wagner is married to Jolon Wagner and has four adult children. He lives in Los Altos Hills, California. 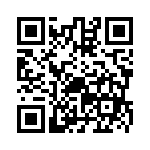