The essential Holmes: selections from the letters, speeches, judicial opinions, and other writings of Oliver Wendell Holmes, Jr

Oliver Wendell Holmes is a major figure not only in American law but also in American letters. Edited by noted judge and legal scholar, Posner, this excellent one-volume anthology offers a mixture of ... Lasît pilnu pârskatu

Oliver Wendell Holmes, Sr. (August 29, 1809 - October 7, 1894) was an American physician, poet, professor, lecturer, and author based in Boston. A member of the Fireside Poets, his peers acclaimed him as one of the best writers of the day. His most famous prose works are the "Breakfast-Table" series, which began with The Autocrat of the Breakfast-Table (1858). He was also an important medical reformer. Holmes was a professor of anatomy and physiology at Harvard College for 35 years. His literary fame came relatively early when in 1830 he published a few lines of verse in a Boston newspaper in which he objected to the dismantling of the frigate Constitution, which had served its nation victoriously in the Tripolitan War and the War of 1812. The poem, "Old Ironside," was a great success, both for Holmes as a poet and in saving the frigate. However, his medical studies left Holmes little leisure for literature for the next 25 years. That changed, however, with the publication of an animated series of essays in the newly founded Atlantic Monthly in 1857 and 1858, and afterwards published in book form as The Autocrat of the Breakfast-Table (1858). Not only did these essays help secure the magazine's success, but also brought Holmes widespread popularity. Holmes as an essayist has been compared with all of the great writers in that genre, from Michel de Montaigne to Charles Lamb, but his compositions are closer to conversational than to formal prose. Later volumes---The Professor at the Breakfast-Table (1860), The Poet at the Breakfast-Table (1872), and Over the Teacups (1891)---extend the autocrat's delightfully egotistical talks, mainly of Boston and New England, in which Holmes was, by turns, brilliantly witty and extremely serious. During these same years, he also wrote three so-called medicated novels: Elsie Venner (1861), The Guardian Angel (1867), and A Mortal Antipathy (1885). Though undistinguished as literary documents, they are important early studies of that "mysterious borderland which lies between physiology and psychology," and they demonstrate that Holmes was advanced in his conception of the causes and progress of neuroses and mental disease. Holmes died quietly after falling asleep in the afternoon of Sunday, October 7, 1894. As his son, the U. S. Supreme Court Justice, Oliver Wendell Holmes, Jr., wrote, "His death was as peaceful as one could wish for those one loves. He simply ceased to breathe." Holmes's memorial service was held at King's Chapel and overseen by Edward Everett Hale. Holmes was buried alongside his wife in Mount Auburn Cemetery in Cambridge, Massachusetts.

Richard A. Posner is a judge of the USnbsp;Court of Appeals for the Seventh Circuit and a senior lecturer in law at the University of Chicago Law School. His many books on the application of economics to law include Economic Analysis of Law, now in its fifth edition. 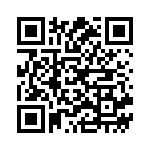