ROGER HILSMAN graduated from West Point in 1943, was severely wounded serving with Merrill's Marauders in Burma, and later commanded a battalion of guerrillas operating behind the enemy lines. He He earned masters and doctoral degrees in world politics at Yale, taught at Princeton, and then served as deputy director of the Congressional Research Service. In 1961 President Kennedy appointed him Assistant Secretary of State for Intelligence and Research and later Assistant Secretary for Far Eastern Affairs. In 1964, he resigned to accept a professorship at Columbia University. He has authored or coauthored 14 books examining American foreign policy and diplomatic and military affairs. His wartime memoir, American Guerrilla: My War Behind Japanese Lines was published in 1990. 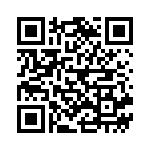