10. lappuse
... means , and instils into his ears many doubts and suspicions , both against the princes , and their mother Agrippina ; which CŅsar jealously hearkening to , as covetously consenteth to their ruin , and their friends .
279. lappuse
0 , sir , By no means ; I devised a formal tale , That salv'd your reputation . But be valiant , sir . Corv . I fear no one but him , that this his pleading Should make him stand for a co heir Mos . Co halter !
488. lappuse
Upton quotes several passages to prove that it means wicked , in every one of which it means mannish . That the word , however , is sometimes used in an ill sense as an augmentative , for violent , outrageous , & c . is certain ... 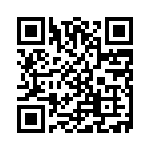