James Shuttleworth first began to use Python during his time as a Tutorial Assistant at Coventry University. In 2005 he became a Lecturer in Computer Science and was given the responsibility of developing a new programming module. He has since become Senior Lecturer and continues to teach programming using Python.

Russel Winder began teaching programming, software engineering, and human-computer interaction in 1983 at University College London. From 1996 to 2001 he was Professor of Computing Science at King's College London (KCL), where he continued to teach programming. Since 2005, Russel has been working as a consultant, analyst, author and trainer, focusing on the programming languages Java, Python and Groovy. 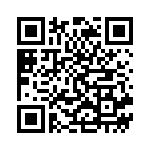