Ian Peddie has taught at Florida Gulf Coast University, the University of Sydney, and West Texas A&M University. His books include The Resisting Muse: Popular Music and Social Protest (Ashgate, 2006) and a study of class in American literature. He has published widely on twentieth century British and American culture. He is currently editing a collection on music and protest since 1900. 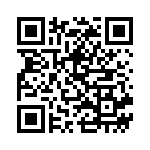