Edward Frank Zigler was born in Kansas City, Missouri on March 1, 1930. After serving in the Army during the Korean War, he received a bachelor's degree from the University of Kansas City in 1954 and a doctorate in clinical psychology from the University of Texas at Austin in 1958. He joined the Yale University faculty as an assistant professor of psychology in 1959. He was a psychologist who in the mid-1960s helped design Head Start. He was an early advocate of guaranteed time off from work for new parents, the teaching of child-rearing skills to teenagers, and the integration of health and social service programs and day care into neighborhood public school buildings. Under President Richard M. Nixon, Zigler was chief of the children's bureau of the Department of Health, Education and Welfare in early 1970. Within months the bureau became the Office of Child Development and he became its first permanent director. He was the author or editor of 40 books. He died from complications of coronary artery disease on February 7, 2019 at the age of 88. 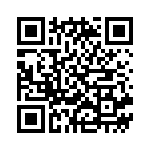