7. lappuse - They have not only commercial and manufacturing companies, in which all take part, but associations of a thousand other kinds, religious, moral, serious, futile, general or restricted, enormous or diminutive. The Americans make associations to give entertainments, to found seminaries, to build inns, to construct churches, to diffuse books, to send missionaries to the antipodes; in this manner they found hospitals, prisons, and schools.
Iekďauts 277 grâmatâs, sâkot no 1835. lîdz 2007.
7. lappuse - Father symbol, his hands outstretched in the breathtaking gesture of lifting a veil that flutters in hard, metallic folds above the face of a kneeling slave; and I am standing puzzled, unable to decide whether the veil is really being lifted, or lowered more firmly in place; whether I am witnessing a revelation or a more efficient blinding.
Iekďauts 26 grâmatâs, sâkot no 1969. lîdz 2006.
Vairâk
8. lappuse - ... that finest thing in American history, and one of the few things untainted by sordid greed and cheap vainglory. The teachers in these institutions came not to keep the Negroes in their place, but to raise them out of the defilement of the places where slavery had wallowed them.
Iekďauts 27 grâmatâs, sâkot no 1857. lîdz 2008.
Mazâk 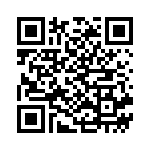