BEVIN ALEXANDER is an independent researcher and a professional historical writer. His earlier books include Korea: The First War We Lost (1986). 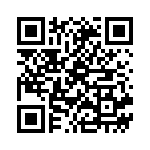