We'll always have Paris American tourists in France since 1930

This entertaining and highly readable social history should delight informed lay readers as well as historians. Building upon his Seductive Journey , which covered American tourists in France from the ... Lasīt pilnu pārskatu

4. lappuse - ... surrounding it were dark; up in the Rue Blanche there was more light and a local, colloquial French crowd. The Poet's Cave had disappeared, but the two great mouths of the Cafe of Heaven and the...
Iekļauts 46 grāmatās, sākot no 1935. līdz 2005.
xiii. lappuse - I would like to thank the Social Sciences and Humanities Research Council of Canada for financial support while this paper was being written, and David Townsend for support in general.
Iekļauts 132 grāmatās, sākot no 1849. līdz 2008.

Harvey Levenstein is professor emeritus of history at McMaster University in Hamilton, Ontario, Canada. He is the author of numerous books, including a two-volume history of American food, Revolution at the Table and Paradox of Plenty, and the first of his two-volume study of American tourists and France, Seductive Journey, which is also published by the University of Chicago Press. 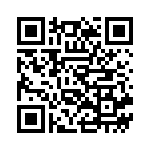