6. lappuse - The behaviour of the computer at any moment is determined by the symbols which he is observing, and his 'state of mind' at that moment. We may suppose that there is a bound B to the number of symbols or squares which the computer can observe at any one moment.
Iekďauts 31 grâmatâs, sâkot no 1969. lîdz 2007.
167. lappuse - OF A DIOPHANTINE EQUATION. Given a diophantine equation with any number of unknown quantities and with rational integral numerical coefficients : To devise a process according to which it can be determined by a finite number of operations whether the equation is solvable in rational integers.
Iekďauts 38 grâmatâs, sâkot no 1845. lîdz 2007.
Vairâk
5. lappuse - Computing is normally done by writing certain symbols on paper. We may suppose this paper is divided into squares like a child's arithmetic book. In elementary arithmetic the two-dimensional character of the paper is sometimes used. But such a use is always avoidable, and I think that it will be agreed that the two-dimensional character of paper is no essential of computation. I assume then that the computation is carried out on one-dimensional paper, ie on a tape divided into squares. I shall also...
Iekďauts 21 grâmatâs, sâkot no 1931. lîdz 2008.
7. lappuse - ... But if the paper was very long, we might reach Theorem 157767733443477; then, further on in the paper, we might find '... hence (applying Theorem 157767733443477) we have . . .'. In order to make sure which was the relevant theorem we should have to compare the two numbers figure by figure, possibly ticking the figures off in pencil to make sure of their not being counted twice. If in spite of this it is still thought that there are other 'immediately recognizable...
Iekďauts 16 grâmatâs, sâkot no 1937. lîdz 2006.
6. lappuse - Let us imagine the operations performed by the computer to be split up into "simple operations" which are so elementary that it is not easy to imagine them further divided. Every such operation consists of some change of the physical system consisting of the computer and his tape. We know the state of the system if we know the sequence of symbols on the tape, which of these are observed by the computer (possibly with a special order), and the state of mind of the computer. We may suppose that in...
Iekďauts 22 grâmatâs, sâkot no 1937. lîdz 2007.
6. lappuse - We may, therefore, without loss of generality, assume that the squares whose symbols are changed are always "observed" squares. Besides these changes of symbols, the simple operations must include changes of distribution of observed squares. The new observed squares must be immediately recognisable by the computer. I think it is reasonable to suppose that they can only be squares whose distance from the closest of the immediately previously observed squares does not exceed a certain fixed amount....
Iekďauts 16 grâmatâs, sâkot no 1937. lîdz 2004.
22. lappuse - It is probably this important fact along with other philosophical reasons that gives rise to the conviction (which every mathematician shares, but which no one has as yet supported by a proof) that every definite mathematical problem must necessarily be susceptible of an exact settlement, either in the form of an actual answer to the question asked, or by the proof of the impossibility of its solution and therewith the necessary failure of all attempts.
Iekďauts 19 grâmatâs, sâkot no 1894. lîdz 2007.
7. lappuse - The simple operations must therefore include : (a) Changes of the symbol on one of the observed squares. (b) Changes of one of the squares observed to another square within L squares of one of the previously observed squares. It may be that some of these changes necessarily involve a change of state of mind. The most general single operation must therefore be taken to be one of the following : (A) A possible change (a) of symbol together with a possible change of state of mind.
Iekďauts 24 grâmatâs, sâkot no 1937. lîdz 2006.
7. lappuse - To each state of mind of the computer corresponds an 'm-configuration' of the machine. The machine scans B squares corresponding to the B squares observed by the computer. In any move the machine can change a symbol on a scanned square or can change any one of the scanned squares to another square distant not more than L squares from one of the other scanned squares.
Iekďauts 11 grâmatâs, sâkot no 1965. lîdz 2004.
5. lappuse - Arabic numeral such as 17 or 999999999999999 is normally treated as a single symbol. Similarly in any European language words are treated as single symbols (Chinese, however, attempts to have an enumerable infinity of symbols). The differences from our point of view between the single and compound symbols is that the compound symbols, if they are too lengthy, cannot be observed at one glance. This is in accordance with experience. We cannot tell at a glance whether 9999999999999999 and 999999999999999...
Iekďauts 19 grâmatâs, sâkot no 1937. lîdz 2006.
Mazâk

Neil D. Jones is Professor of Computer Science at the University of Copenhagen. 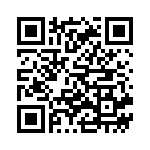