A GREAT IMPROVISATION: Franklin, France, and the Birth of America

Here's breaking news for the Francophobic freedom-fries set: without France, there would have been no United States."The majority of the guns fired on the British at Saratoga were French," writes ace ... Lasīt pilnu pārskatu

Review: A Great Improvisation: Franklin, France, and the Birth of America

Very interesting to read after the John Adams book. Interesting to see how the 2 viewed each other and how the authors heavily favored their own subjects. Lasīt pilnu pārskatu

Stacy Schiff is the author of Vera (Mrs. Vladimir Nabokov), which won the Pulitzer Prize for biography in 2000, and Saint-Exupery, which was a finalist for the 1995 Pulitzer Prize. Schiff's work has appeared in The New Yorker, The New York Times Book Review, The Washington Post, and The Times Literary Supplement. She has received fellowships from the Guggenheim Foundation, the National Endowment for the Humanities, and the Center for Scholars and Writers at the New York Public Library. She lives in New York City. 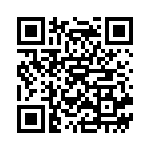