Peter J. Toren is a partner at Weisbrod, Matteis, & Copley in Washington, D.C. He is an experienced litigator and, in 1992, was appointed to be one of the first five attorneys with the Computer Crime and Intellectual Property Section of the United States Department of Justice. During his seven-year tenure as a federal prosecutor, he was the lead prosecutor on one of the first prosecutions ever brought by the government under the EEA for theft of trade secrets and was also in charge of prosecuting other intellectual property rights violations including criminal copyright and trafficking in counterfeit goods. He also prosecuted a number of high profile cases involving computer hacking. Since entering private practice, Mr. Toren has successfully tried patent, trademark, copyright, and trade secret cases involving complex legal issues and concerning technologies including computer software and hardware, light emitting diodes, bio-technology, semiconductor manufacturing and fabrication, optics and medical devices, as well as business methods. He has also handled a number of internal investigations for large corporations involving alleged violations of the Economic Espionage Act as well as other federal criminal laws. His outstanding trial work was featured in "The Winning Ways of Six IP Trial Teams," IP Law and Business (August 2003). He has also argued numerous times before the Second, Fifth, Ninth and Federal Circuits involving patent, copyright, and trademark law. He regularly handles pro bono matters including representing a client in the Goggle book settlement, and recently appeared before the Alabama Court of Criminal Appeals seeking a writ of habeas corpus for a death row inmate. Mr. Toren has been recognized in New York Super Lawyers 2006, 2007, 2008, 2009 and 2010. The latest on criminal IP developments and intellectual property in general can be found at Mr. Toren's Web site, www.petertoren.com. 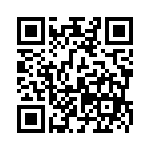