IN OUR OWN WORDS: Extraordinary Speeches of the American Century

This is a great book for anyone. It includes all different types of speeches and speakers. Whether you are liberal, republican, or non of the above, you will enjoy reading this collection. I also ... Lasît pilnu pârskatu

SENATOR ROBERT TORRICELLI is a member of the Governmental Affairs Committee, Judiciary Committee, Rules Committee, and Foreign Relations Committee. He writes all of his own speeches.


ANDREW CARROLL is the editor of the bestselling Letters of a Nation- A Collection of Extraordinary American Letters, and the founder of The Legacy Project, a national effort to seek out and preserve historically significant correspondence by Americans from all walks of life. 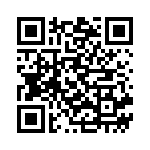