When he was elected the nation's thirty-fifth President, John Fitzgerald Kennedy became the youngest man and the first Roman Catholic elected to the Oval Office. Some Americans had opposed his candidacy because they feared that his religion would influence his decisions as President. Yet fascination with his personality, style, intelligence, wit, and character overshadowed these fears for many people. Articulate and forward looking, but with a great sense of the past, Kennedy was the only U.S. President to be awarded a Pulitzer Prize in biography. He won the prize in 1957 for Profiles in Courage (1956), a book about several Americans who had made courageous decisions. Kennedy wrote the book while recuperating from surgery to repair a spinal injury. Born in Brookline, Massuchusetts, to a wealthy and politically ambitious father, Kennedy received a Harvard education. In 1940, while acting as secretary to his ambassador father in London, he wrote Why England Slept, an interpretation of England's failure to recognize the danger of the Nazi menace. As a PT-boat commander in World War II, he was seriously injured when his boat was cut in half and sunk. After the war, in 1946, he was elected to the U.S. Congress, where he served three terms in the House of Representatives before election to the Senate in 1952 and again in 1958. Elected President in 1960 in a close victory over Richard Nixon, Kennedy hoped to move the nation to a "New Frontier." He urged legislative programs to spur the economy, expand federal aid to education, renew blighted urban areas, eliminate racial segregation in public places, and institute medical care for the aged. But most of Kennedy's programs were stalled in Congress when he was assassinated in November 1963. It was left to Lyndon B. Johnson - Kennedy's successor in the presidency - to get Congress to enact the New Frontier legislation. In foreign affairs, Kennedy did not fare well in the Bay of Pigs invasion of 1961, but he acted strongly in the Cuban Missile Crisis of 1962, averting a military confrontation with the Soviet Union. His call to commitment in his inaugural speech - "Ask not what your country can do for you; ask what you can do for your country" - inspired many young people in developing nations, and other areas of government service. Kennedy's presidency was cut short on November 22, 1963, when he was shot to death while riding in an open car during a political visit to Dallas, Texas. A shocked nation watched as he was buried in Arlington National Cemetery in Virginia. 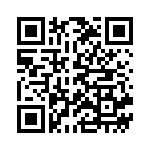