23. lappuse
Most obviously , the period is characterized by separation and dissociation : as trivium and quadrivium become an inadequate division , knowledge itself begins to be split into various new parts . Between the first and second halves of ...
60. lappuse
As dress becomes an end rather than a means to social grace or to comfort , so too words become ends in themselves ; “ jernis ” and “ votos ” lose referents , and so are rendered meaningless out of their proper cultural and linguistic ...
85. lappuse
In his discourse , everything descends toward the bestial , as men and women , husbands and wives , become horses , dogs , ducks , rabbits , and monkeys , love becomes a disease , and sexual appetite becomes eating . 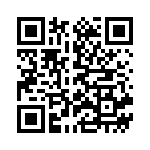